No War with Syria Rally Bellingham - from my POV

A couple of libertarian Facebook pages posted a few days ago about nation-wide protests to happen on Saturday the 31st on US military intervention in Syria. It was funny because I had planned on doing something local that same day too. I was told to look up "No War with Syria (your city)" to see if there was already an event planned. I didn't think there was, but I did so anyways, and lo and behold, there was already an event planned.

For more information on what went down, look at Riley Sweeney's website, The Political Junkie.

Nothing much happened. I arrived at about 12:20 PM. There was a lot of support from passerby. At 12:50, we marched down to the farmer's market. 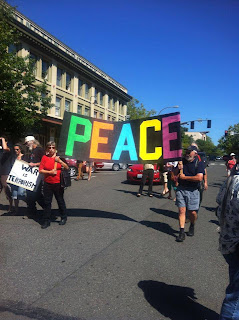 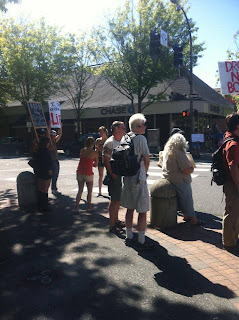 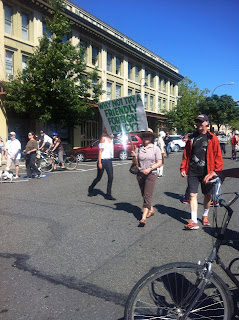 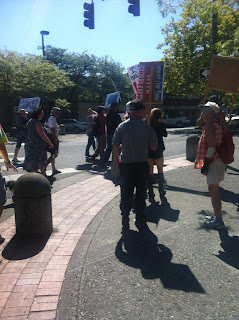 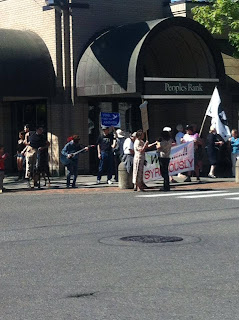 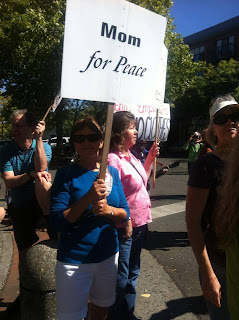 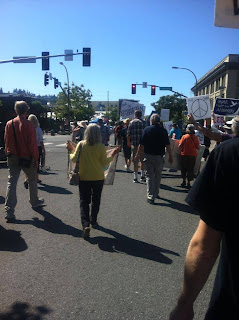 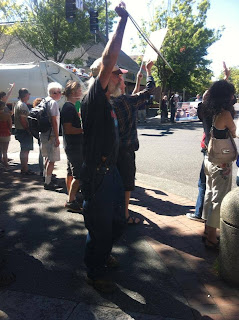 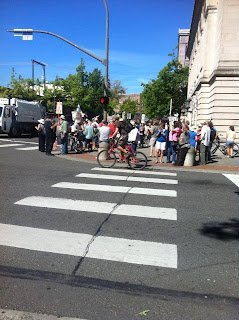 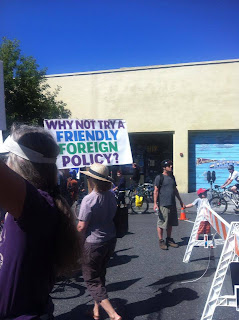 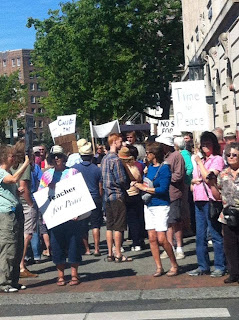 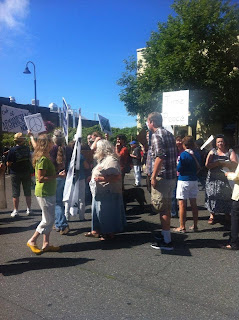 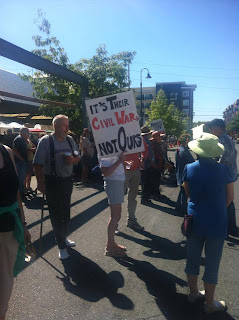 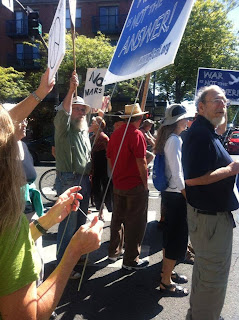 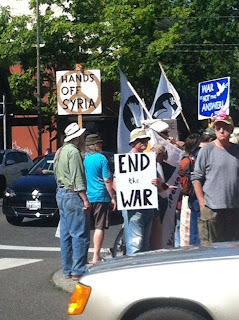 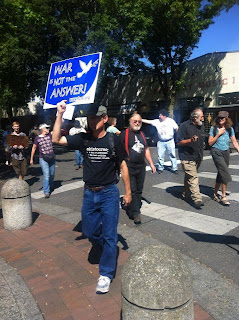 These pictures are also available here. For, what I think are, better photographs, check this out. My friend, who I didn't know was there, took them.

I met up with another friend there and we decided to get something to eat afterwards. On the way to the restaurant, a man stopped us and asked me a question (because I was still holding my sign), which was, "How do you think we will obtain everlasting peace?" I told him that I don't think it's possible, that it's human nature to seek out fighting (I believe the "Go God Go" episodes of South Park are very good demonstrations of this). He told me it was a pessimistic way to look at things. I replied that I would love world peace, but that I'm a realist (I like to see myself as an optimistic realist) and know that humanity will never achieve it.  His response was that there have been civilizations that were entirely peaceful, and left it at that, giving me no time to reply, so I just explained it to my friend.

I have not heard of any of these civilizations. Like I told my friend, unfortunately, these civilizations probably, at some point, resorted to fighting, or were conquered by others. If anybody has any information on these supposed people, I (and my other readers) would love to see it. Do you think world peace is possible?

And what has probably become my catchphrase, "I will cover more of this in another post."

While I don't believe world peace is actually possible, I believe receiving compensation for a time-consuming and expensive hobby is within further reach.

Posted by Katrina Haffner at 9:08 AM